This proof was made possible by a couple helpful and fabulous conversations with Yifeng Liu. All errors are mine and mine alone.

This is toward my understanding of the phrase “Why is height so important as an invariant? Because the height of a formal group law comes from the symmetry of the underlying variety.”

In short — high amount of symmetry in the underlying abelian variety implies a high height of its formal group law (the converse is NOT true, if this was true, Elkies’s supersingularity theorem would be false).

I show that for abelian varieties with CM, the height of the formal group law pieces are expressible as a formula in terms of the degree of some field extensions of \(Q_p\) (one corresponding to each prime living over \(p\)) and the dimension of the rational endomorphism ring of the variety as a \(Q\)-vector space.

We see that part 2 is very interesting — we are expressing the height of the chunk of the p-divisible group in terms of the rank of the endomorphism ring of the variety.

We will prove this theorem by 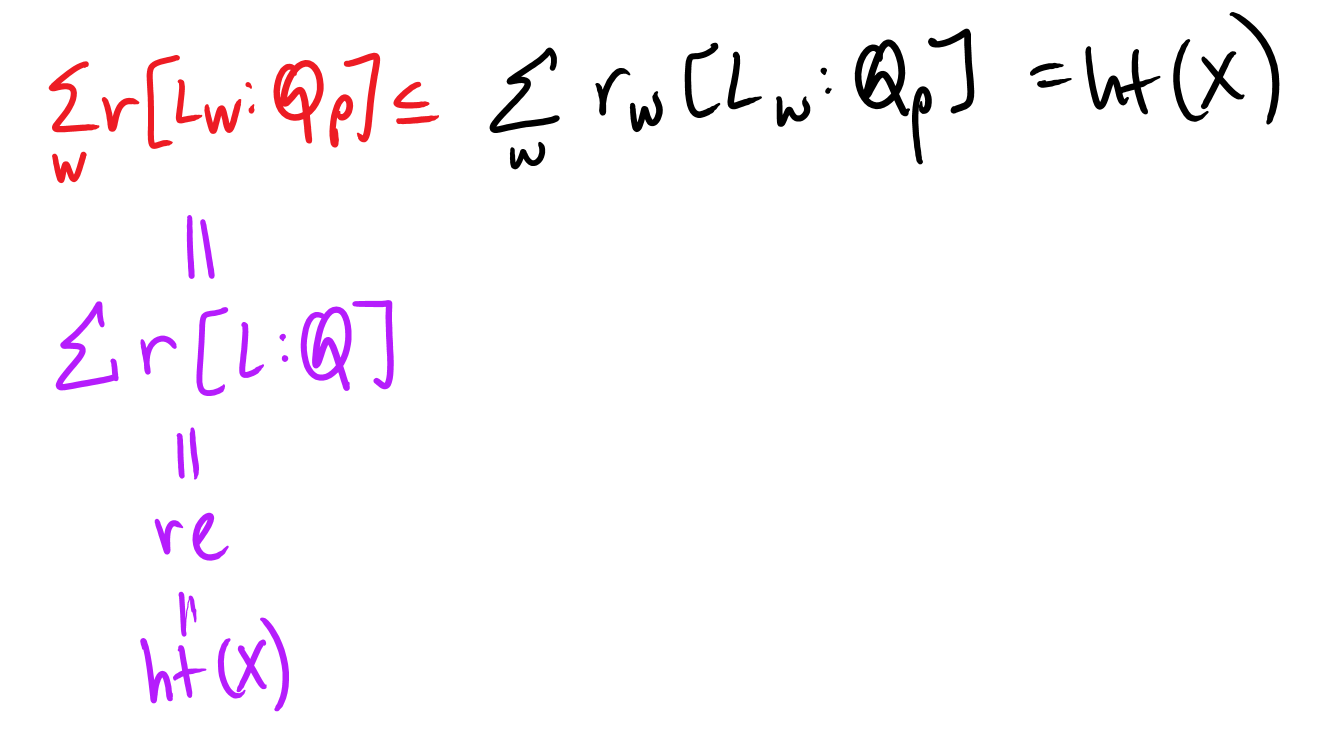 Why is this cool: Recall that \(r^2\) is the rank of the rational endomorphisms of the underlying abelian variety.

Let us now show that CM varieties produce p-divisible groups whose height is concentrated in its connected component.

We proceed as follows:

Therfore, the height of the p-divisible group of an abelian variety with CM is the same as the height of its formal group law. QED.

So, that’s it! We’ve shown, for \(F\) a formal group associated to a CM variety: